Stefan competed for Team Canada in the four Track Sprint Cycling events in the newly built Anna Meares Velodrome in Brisbane from April 4 to April 8, 2018. Stefan and Hugo in Lap Two of Team Sprint

Team Canada qualified with a time of 44.346. They raced against Team Australia in the Bronze medal round and placed fourth with a time of 44.946. Interview and photos by Canadian Cyclist. Congratulations to Canadian Men’s and Women’s Pursuit Teams on their Bonze medal wins on that day!! 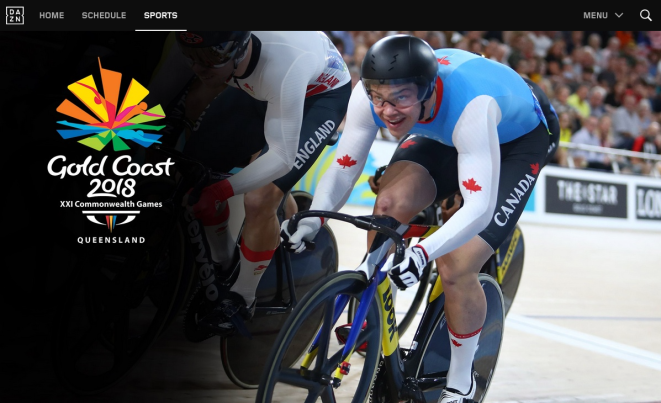 The Keirin racing was fast and furious. The Commonwealth Games had a large contingent of top world class sprinters competing here, including World Champion Matthew Glaetzer from Australia.  Stefan held his position in the first round of Keirins and finished second with the heat having an average speed of 68.305 km/h. The second round was tougher tactic and speed wise and he placed fourth. Average speed of this heat was 70.741 km/h. He raced in the 7 to 12 final with a 11th place finish.

Stefan qualified with a time of 9.803 and speed of 73.447 km/h which was a personal best at sea level. In the 1/8 finals he versed Australia’s Jacob Schmid in which he lost by a very close margin of 0.040 which is about half a wheel. To appreciate the level of competition, Jacob Schmid went on and finished with a bronze. Stefan’s final ranking was 13th place in the match sprint.

Stefan’s text book start and first two laps were placing him in 9th position but he began losing power the last two laps. The Kilo is an extremely taxing event on the body and Stefan rode it with a broken collarbone. He rode it in 1:02.339 with an average speed of 57.749 km/h. Again there was some top notch competition with Eddie Dawkins of New Zealand breaking the 1 minute barrier first and then by Matt Glaetzer with a winning time of 0.59.340.

In Canada, exclusive coverage of the GC2018 Games was brought by DAZN, an on-line web streaming service. DAZN also kindly featured Stefan as the cover photo on the highlight videos of the Men’s Sprint events.

The Gold Coast 2018 Games, also known as  ‘the Friendly Games’, hosted over 6,600 athletes and team officials from 71 nations and territories to participate in 23 sports and 7 para-sports.  HRH Prince of Wales (Prince Charles) represented Her Majesty The Queen at the Opening Ceremonies on April 4, 2018. 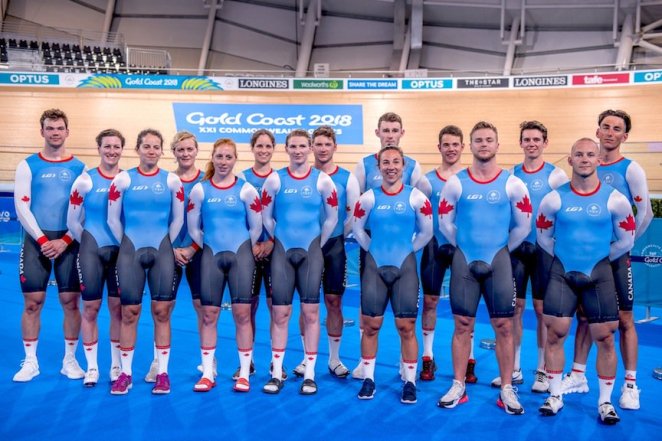 “The Commonwealth Games is a really special event,” said Canada’s Team Leader for cycling Kris Westwood.  “On the one hand it’s a highly competitive event that gives our veteran athletes a shot at career highlight performances; on the other hand it’s an opportunity to give valuable major Games experience to our future Olympians — this will be the first Games experience for nearly half our delegation. In track cycling, with Australia, Great Britain and New Zealand competing, the field will be world-class.