Quoted from Canadian Cyclist: For Ritter, a former Junior world champion (Kilo), the podium result came after a long recovery from a crash in 2017 that kept him out of competition for the earlier part of the 2017-2018 World Cup season.  Ritter had to go through the ‘second chance’ repechage race to qualify for the semi-finals, but won his semi-final race to make it into the medal final, where six riders competed for the medals.  In the Final, Ritter finished second to Matthijs Buchli of the Netherlands. 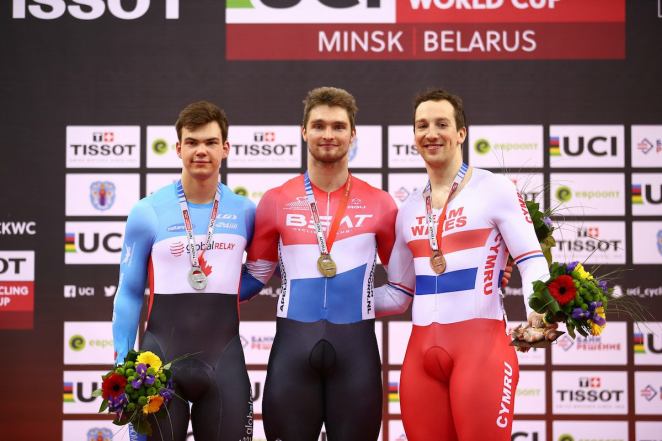