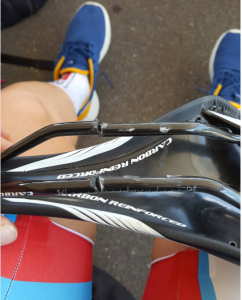 Stefan was back in the saddle racing at the Lehigh Valley Velodrome today, June24th. Broke the velodrome’s track record in the Men’s Flying 200m at 10.179. But just like the NEW saddle Stefan broke mid way through the ride, his holding of the track record was sweet but short. Shortly thereafter, Harrie Lavreysen (NED) bests Stefan’s time, just to be broken in the next heat by Eddie Dawkins (NZL) who set the new record at 10.141.